As salaam alaikum brothers and sisters, Truth Seekers,
I have been studying Islamic medicine, prophetic medicine and foods mentioned in the Quran for almost 20 year and it’s a really blessing to be able to share this information with you,
THE QURAN THE POWER OF SOUND TO HEAL THE MIND BODY AND SOUL
We cannot isolate foods, nutrients Allah mentions in the Quran without first talking about the healing power of the Quran on the mind body and soul. The Quran it’s self is the best to nourish. There is no point in isolating these sacred sunnah super foods unless we accept that what Allah revealed in the Quran is guidance for a complete way of life a manual for the mind body and soul for mankind and jinn. 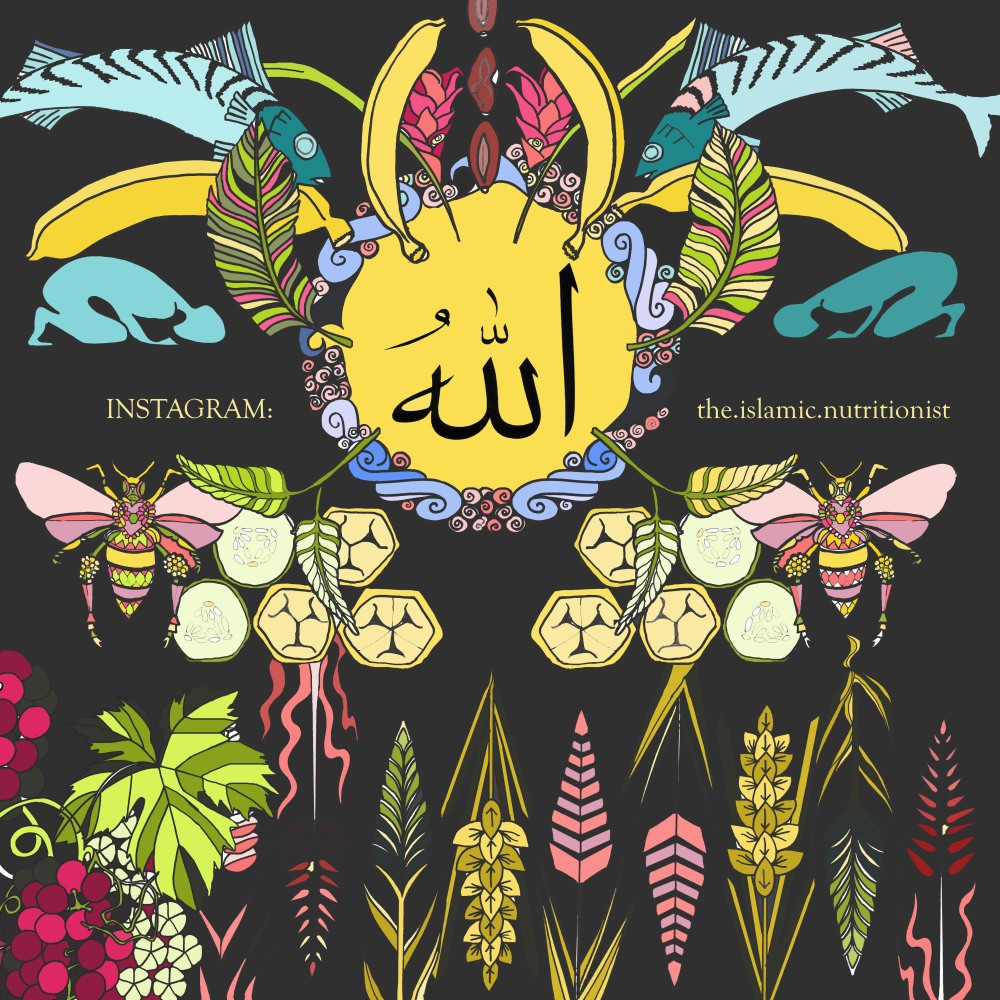 The Quran was revealed over 1400 years ago in Makkah Saudia Arabia to Prophet Muhammad salah lahu alaihi wa salem.
The Quran was revealed orally from Allah via the angel Jibreel/Gabriel, in an oral form, to the prophet.
The Arabs at the time like the Africans, had an oral tradition, there was less writing, they didn’t have computers or laptops as we do now.
There were aspects of the culture of Arabia similar to today’s society, the society was swarming with poets and chanters which we would call rappers and sing writers today.
The spoken word was a common way of communicating stories and messages.
What I will say is sound has the power by the grace of Allah to create and heal; this is mentioned in the Quran.
QURANIC AYATS ABOUT CREATION
2:117- He is the One Who has originated the heavens and the earth, and when He wills to (originate) a thing, He only says to it: ‘Be,’ and it becomes.

3:47- Mary am (Mary) submitted: ‘O my Lord, how shall I have a son when no man has ever touched me?’ He said: ‘Just as Allah creates what He pleases.’ When He decides (to do) some work, He just gives it the command ‘Be,’ and it becomes.

6:73- And He is the One (Allah) Who has created the heavens and the earth (in accordance with His decreed celestial order based) on truth. And the Day when He will say: ‘Be,’ then that (Day of Judgment) will come into being. His Word is the truth. And His will be the sovereignty on the Day when the Trumpet will be blown (by Israfil). He (is the One Who) has the knowledge of the unseen and the seen, and He is All-Wise, All-Aware.

19:35- It is not Allah’s Glory that He should take (to Himself anyone as) a son. Holy and Glorified is He (above this)! When He decrees any matter, He only says to it: ‘Be,’ and it becomes.

36:82- His command (of creation) is only that when He intends (to create) something, He says to it: ‘Be,’ so it instantly becomes (existent or visible and continues becoming).

40:68- He is the One Who gives life and causes death. Then when He decides upon a thing, He says to it only: ‘Be,’ so it becomes.
These verses show us the power of sound from Allah. Sound has the power to create but sound also has the power to destroy.
THE AFFECTS OF THE QURAN ON THE BRAIN
This is not area I am familiar with but it is something I am interested in the more I read about it and study the Quran and Arabic.
Neuroscientists have made extensive studies of how the Quran affects the brain. The list of all that is affected in the brain by the Quran and how that can influence other functions is quite exhaustive.
The brain is one of the most important organs of the body; it processes sound, and reacts to that sound.
We listen to the Quran and that is one way our body is positively affected by the Quran except those who cannot bear to hear it.
THE QURAN IS A NATURAL ANTI DEPRESSANT.
“The cerebral cortex contains huge numbers of neurons. Activity of these neurons is to some extent synchronized in regular firing rhythms (‘brain waves’). Many researchers have investigated the effect of various events to the EEG signals such as meditation and classical music. EEG signals from subjects at rest, as well as in different cognitive states; listening to Quran recitation and listening to low and hard music are measured and analyzed. Statistical analysis using graph pad prism software was performed in order to test the validity of obtained data. The analysis results from this study show that listening to Quran recitation can generate alpha wave and can help a person to be in a relax condition as compared with resting and listening to slow and hard rock music.”
“Increasing alpha brain waves can stimulate creativity and minimize depression. Neuroscientists recently made a correlation between an increase of alpha brain waves—either through electrical stimulation or mindfulness and meditation—and the ability to reduce depressive symptoms and increase creative thinking.17 Apr 2015”

When we think of nutrition we need to think holistically, the mind body and soul. As we listen to the Quran, even in Arabic we don’t understand we are positively affected, as we put into action what Allah tells us through the Quran, how to live our life and worship Him, we are positively affected.
Alhmdulilah, praises God, I reverted to Islam nearly 20 years ago and the more I learn I wish I had been on this discipline from birth, it’s an amazing way to live the life.
In shaa Allah in the next post we will see start to talk about the material aspects of Quranic foods and start with the elements copper and iron, that Allah mention s in the Quran.
Iron and copper are important minerals and we will see in shaa Allah how they affect our well being.