WHITE FLOUR WE ARE TAKING YOU DOWN INSHA’ALLAH…Over 1400 years ago the prophet Muhammad salah la alaihi wa salem knew that white flour was bad, over 100 years ago American scientists knew it was bad and some of us DUMB UMMs still think it is better than whole meal flour, lets break it down again…
Wheat has a husk which is given to animals to eat.
Inside is the wheat kernel that is covered in edible fibre, this fibre is not only good for digestion but good for cleaning plaque in arteries, blocked arteries cause heart attacks!

You have been warned!

To make white flour this bran  is removed and sold in health shops to sensible people who add fibre to their diet and we are left with the wheat germ and starch, the wheat germ contains essential oils ,vitamin and minerals, essential for brain development…so we are starting to see how  a lack of these minerals in the diet, makes people mentally  deficient without them even knowing why, this wheat germ is removed and we are left with the starch which is only good for energy and it is then bleached using nitroxide and peroxide chemicals to make it white. They then add back into it 14 artificial vitamins and minerals after that had previously removed 22 natural ones. 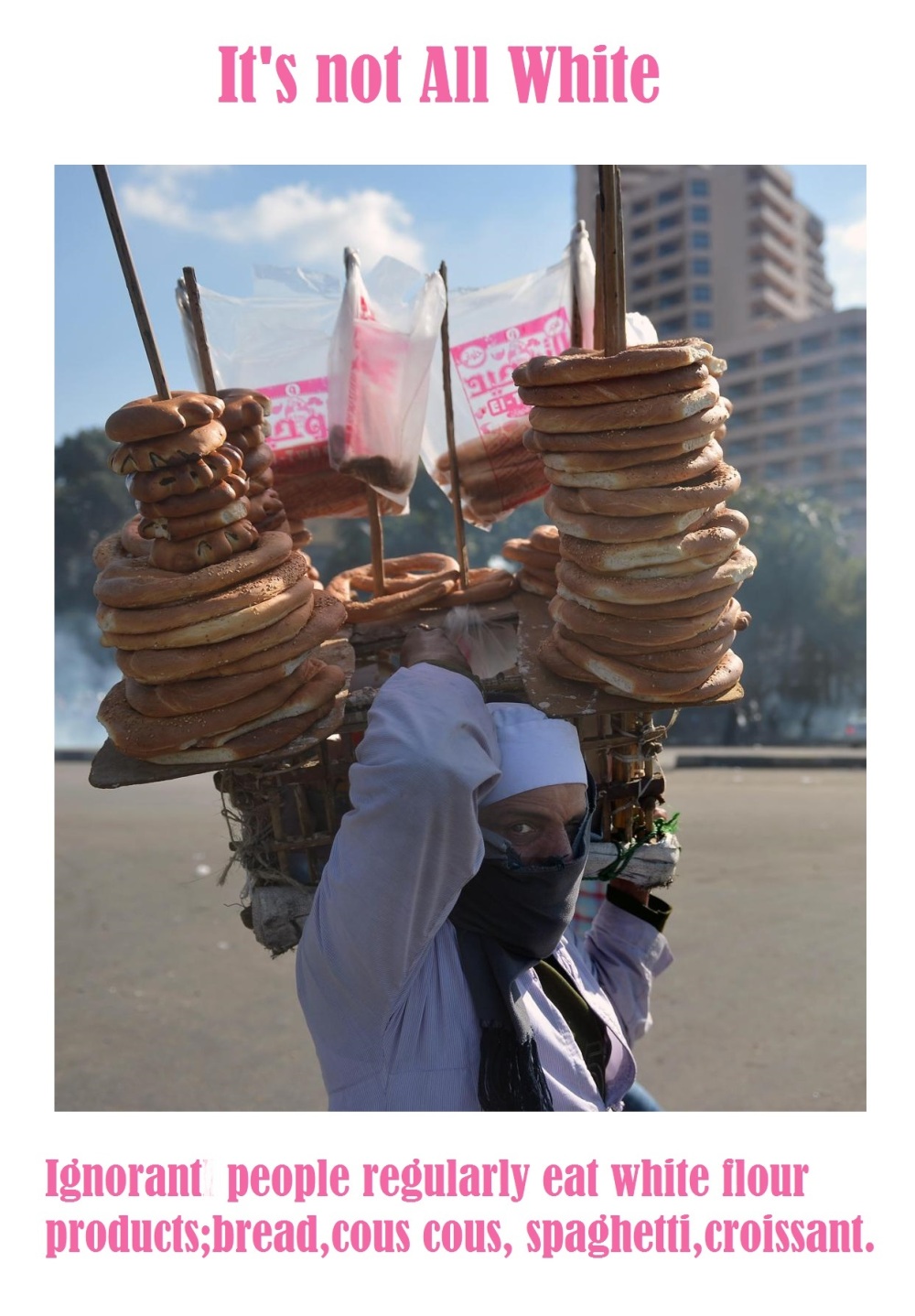 The reason I get soooooo vexed about this stuff and Muslims, is we were already on this tip over 20 years ago outside of Islam .Ignorant born Muslims and ignorant reverts who choose to ignore this information, which was common knowledge, because like the fat cows we are we think because white flour is halal we can keep on stuffing our faces with it…its halal yes but it’s not tayyib, it lawful but it’s not good according to Sunnah of prophet Muhammad salah la alaihi wa salem.