If you are wondering why Google has gone all daffodils and dragons, today is St David Day.

I am not a sufi, contrary to common belief, nor do I have a shrine to St David in my front room but as we share the same name sake David/ Dawoud, I thought he was worth researching and I am so glad I took some time to research this noble man.
Saint David (Welsh: Dewi Sant, Latin: Davidus; c. 500 – c. 589).
He was alive at the same time of Prophet Muhamad , (salah la alahi wa salem) who was born 570 CE. 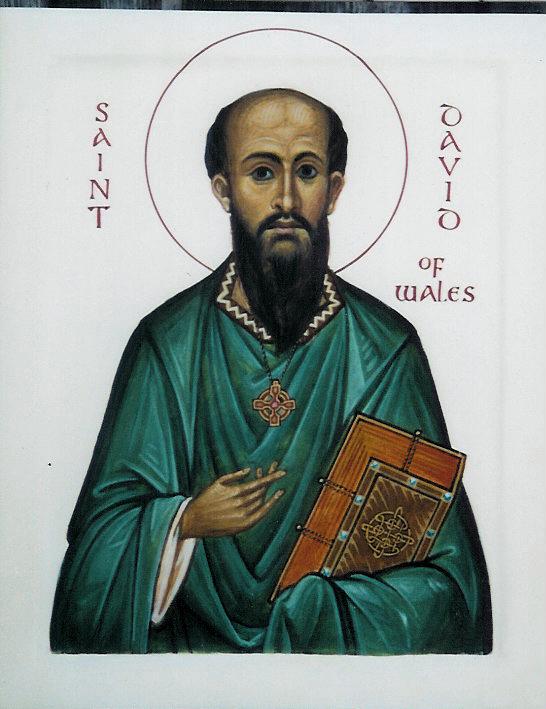 It is said he is descended from the Prophet Dawoud(alaihi wa salem).
He founded monasteries of monks that never drank beer let alone hard liquor.
He visited Jerusalem and they had no Easy Jet in those days.
When you study his lineage you see where his dusky good looks and piety come from, maashallah.
He was a Welsh bishop of Mynyw (now St David’s) during the 6th century; he was later regarded as a saint. He is the patron saint of Wales. David was a native of Wales, and a relatively large amount of information is known about his life. David was reputedly born on a cliff top near Capel Non (Non’s chapel) on the South-West Wales coast during a fierce storm. Both his parents were descended from Welsh royalty. He was the son of Sandde, Prince of Powys, and Non, daughter of a chieftain of Menevia (now the little cathedral town of St David’s).